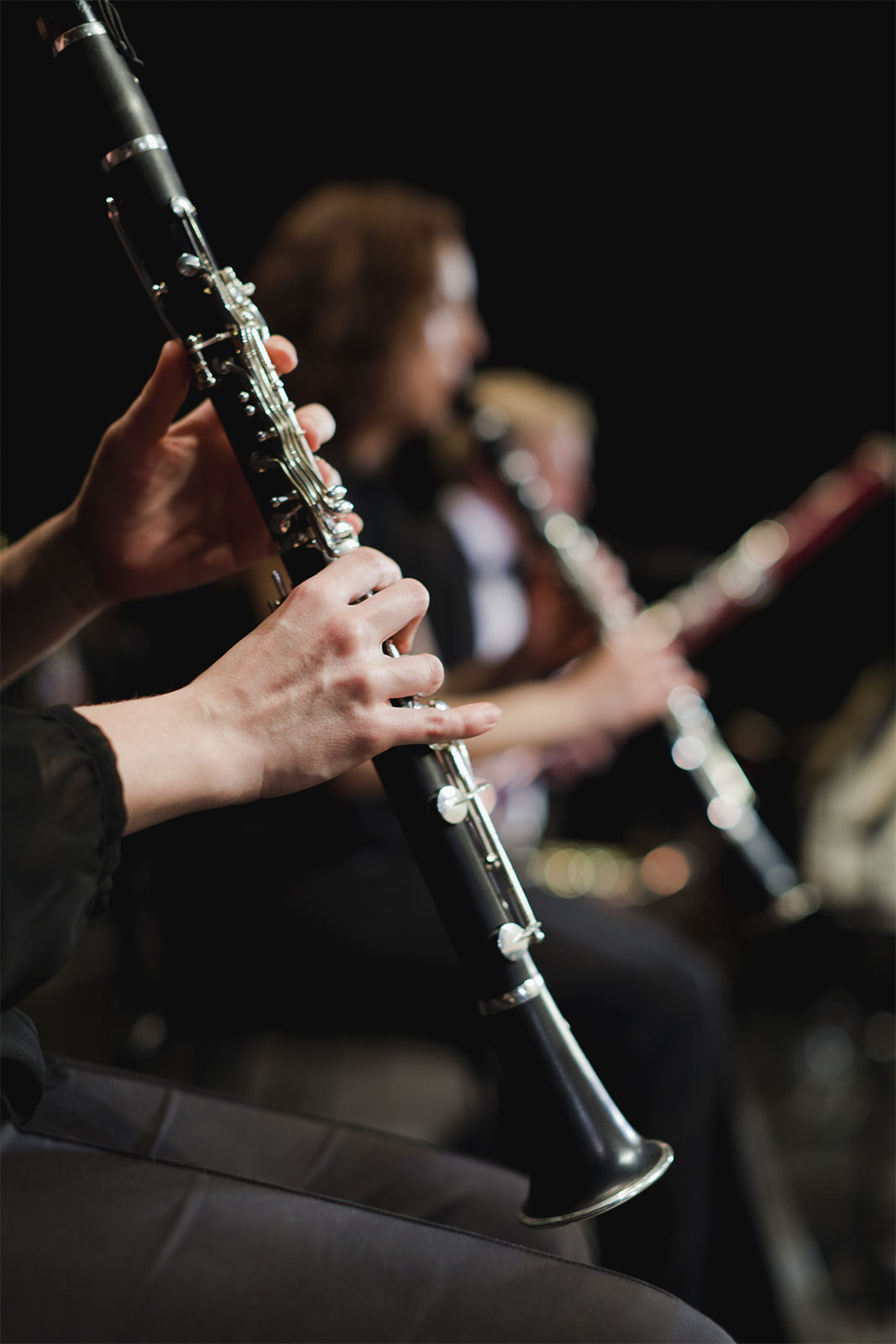 The clarinet is a family of woodwind instruments. It has a single-reed mouthpiece, a straight, cylindrical tube with an almost cylindrical bore, and a flared bell. A person who plays a clarinet is called a clarinetist (sometimes spelled clarinettist).

While the similarity in sound between the earliest clarinets and the trumpet may hold a clue to its name, other factors may have been involved. During the Late Baroque era, composers such as Bach and Handel were making new demands on the skills of their trumpeters, who were often required to play difficult melodic passages in the high, or as it came to be called, clarion register. Since the trumpets of this time had no valves or pistons, melodic passages would often require the use of the highest part of the trumpet’s range, where the harmonics were close enough together to produce scales of adjacent notes as opposed to the gapped scales or arpeggios of the lower register. The trumpet parts that required this specialty were known by the term clarino and this in turn came to apply to the musicians themselves. It is probable that the term clarinet may stem from the diminutive version of the ‘clarion’ or ‘clarino’ and it has been suggested that clarino players may have helped themselves out by playing particularly difficult passages on these newly developed “mock trumpets”.[1]

Johann Christoph Denner is generally believed to have invented the clarinet in Germany around the year 1700 by adding a register key to the earlier chalumeau, usually in the key of C. Over time, additional keywork and airtight pads were added to improve the tone and playability.[2]

In modern times, the most common clarinet is the B♭ clarinet. However, the clarinet in A, just a semitone lower, is regularly used in orchestral, chamber and solo music. An orchestral clarinetist must own both a clarinet in A and B♭ since the repertoire is divided fairly evenly between the two. Since the middle of the 19th century, the bass clarinet (nowadays invariably in B♭ but with extra keys to extend the register down to low written C3) has become an essential addition to the orchestra. The clarinet family ranges from the (extremely rare) BBB♭ octo-contrabass to the A♭ piccolo clarinet. The clarinet has proved to be an exceptionally flexible instrument, used in the classical repertoire as in concert bands, military bands, marching bands, klezmer, jazz, and other styles.